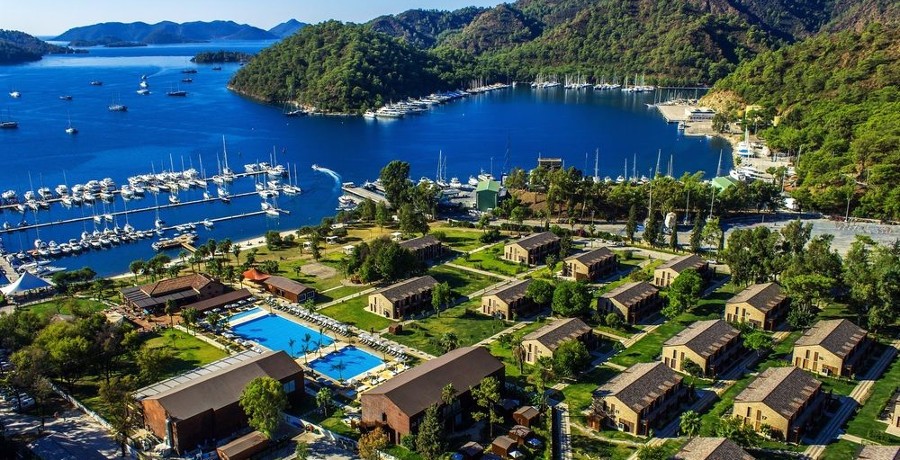 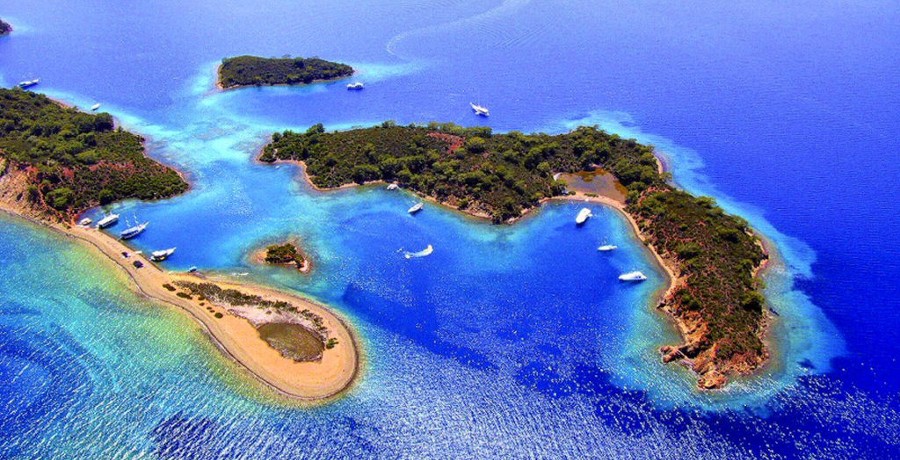 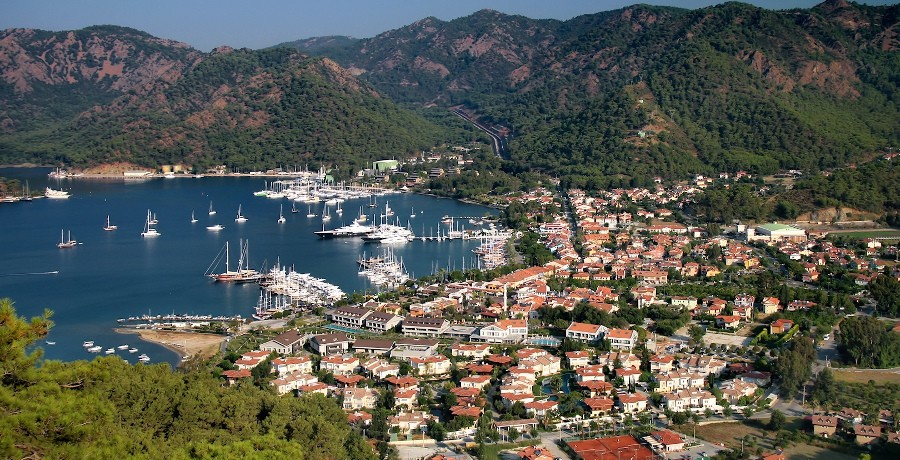 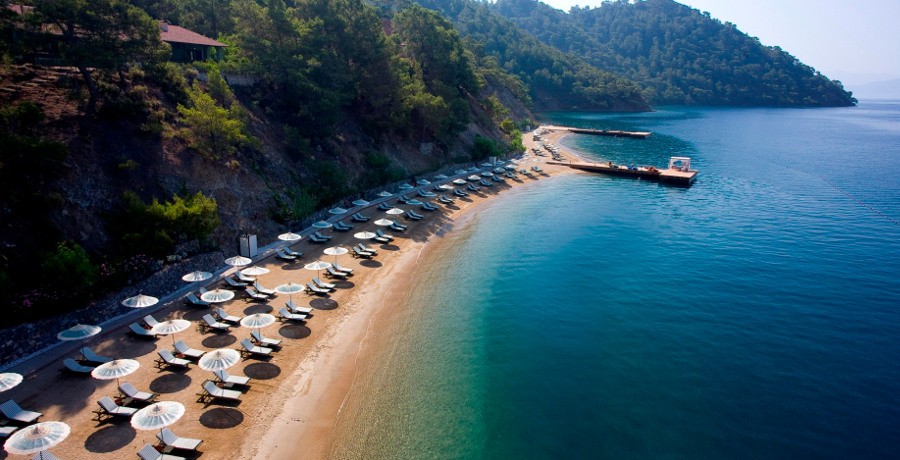 Göcek is a small town on the Turkish Riviera, located in one of the most attractive bay on the Mediterranean. City area was inhabited in ancient times and according to legend in the waters of Göcek sank mythical craftsman Icarus trying to escape from captivity. Today's city development Göcek started in late 80s and early 90s of the last century.

Göcek has about 4500 inhabitants who are mostly engaged in tourism, hospitality and agriculture. The town has several restaurants, shops and cafes. The thing that Göcek is known for are its six marinas, making it one of the most important nautical and charter centers on Turkish Riviera.

In front of Göcek extends archipelago of 12 beautiful islands which are bait for sailors. Several attractive sandy beaches adorn Göcek area, and certainly the most beautiful is Blue Point Beach. 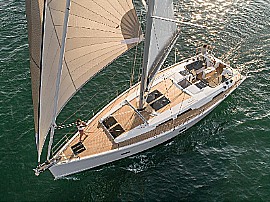