ISSA International Sailing School Association is an international non-governmental association that provides a framework of learning and teaching standards of quality and safety for sailing and yachting schools throughout the world.

The ISSA standards apply equally to the certification of students completing sailing and yachting courses at all levels of ability. ISSA instructors are trained to the same of levels of competence.

Sailing360 works in partnership with “ISSA”, the International Sailing School Association and holds an ISSA accreditation since 2017, which means we can provide sailing lessons and issue Issa certificates. Sailing training courses in our school are held by experienced skippers and instructors who are preparing our students with the right set of skills and knowledge. We offer high-level seamanship courses and professional training while offering an opportunity for everyone that would like to become skipper for a profession or just private.

ISSA organisation was founded in 1969 in Paris on the initiative of the national sailing associations of England, France, Spain, Italy, Switzerland and Poland. ISSA together with RYA are the oldest systems of yachting training in Europe. All other similar organisations appeared much later. Unlike them, ISSA does not set the task of income generation due to its activities and, as it is specified in its Charter, remains a public organization that sets and controls the standards of sailing and yachting training in the schools-members of the Association. ISSA's headquarter is based in the Poland and Cyprus Official website of ISSA: http://sailingschools.org 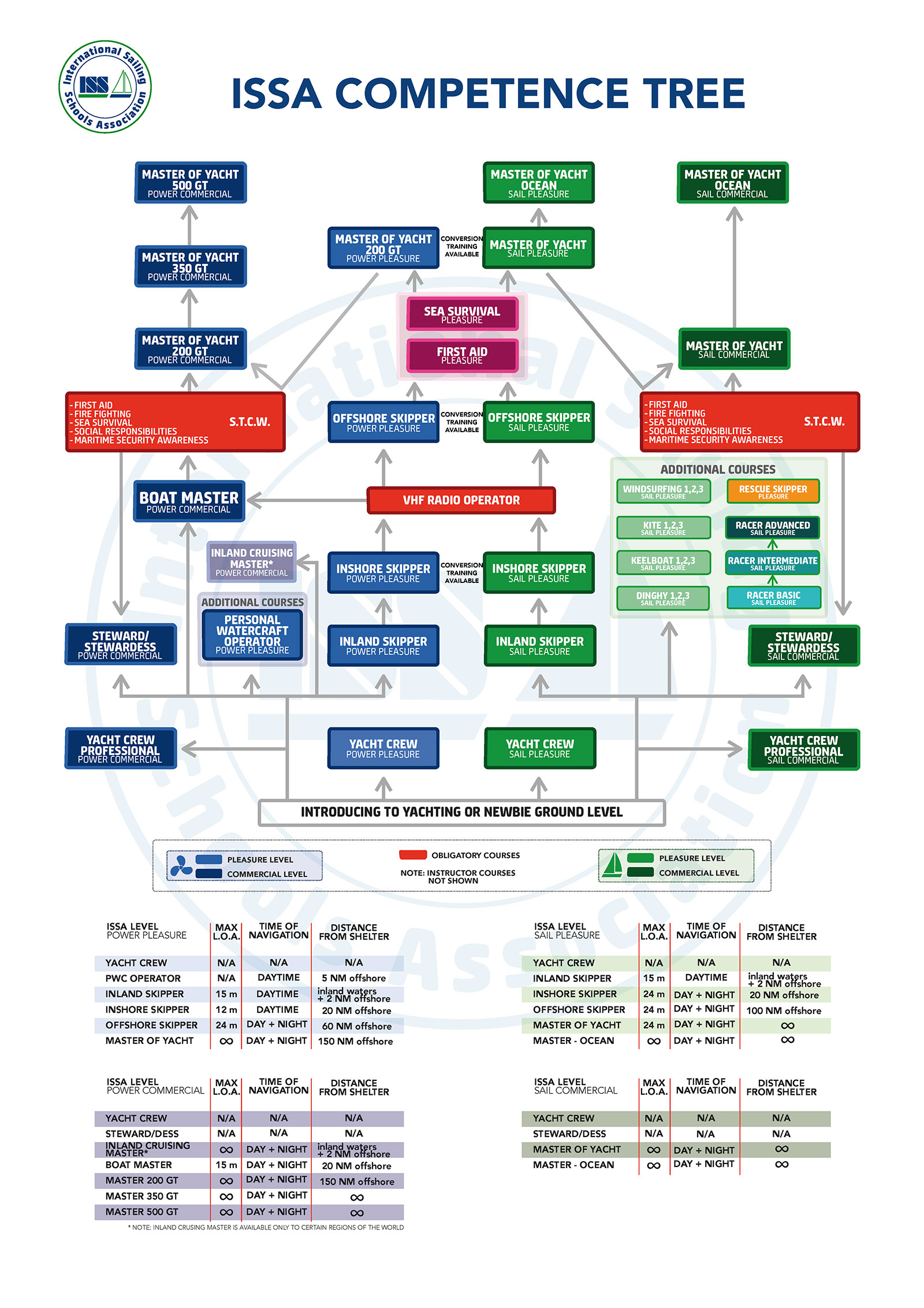 CHECK YOUR ISSA CERTIFICATE AT THE INTERNATIONAL ISSA DATABASE ONLINE

Both you and charter company will be able to get confirmation of  certificate validity by checking it on the website of ISSA.